The history of Sobienie Królewskie

The history of the Jezierski family

Sobienie Szlacheckie formerly had a stone name. The first mention in 1415. Nest of the Jezierski family. He acquired some of his property in 1752. Ludwik Jezierski. In the hands of this family until 1945. Jezerski took their last name from the village of Jeziory. The most famous was Jacek Jezierski (1722-1805), treasurer, then sword-bearer and finally from 1775. Castellan of Lodz. In 1801. he tried to obtain the title of Count Galician. From 1758. MP for the Sejm. He took active part in the work of the Four Years’ Sejm. He demanded economic reforms and to provide cities with economic development without giving political rights to the townspeople. He accumulated a great fortune. He was a pioneer of the metallurgical industry, a trader, he wanted to produce large stockings. He died in the Palace in Otwock Wielki.

In the 1860s, even more widely unknown, Jacek Jezierski inherited the village of Sobienie Szlacheckie, in which he built a brick palace and called it Sobienieniami Murowanego. Later he was to host King Poniatowski. Jezierski was an eminent politician and entrepreneur, so he quickly made a good fortune. In 1775 he became Castellan of Łuków and came into possession of many localities in the area, but in the end, in his hands, only Kiełczewskie, Zambrzyków, Radwanków, parts of Śniadków and Szymonowice remained, apart from Sobień Murowane.

Jezierski saw the collapse of the Polish-Lithuanian Commonwealth and tried to remedy this by publishing various political magazines, as well as by speaking at the sejm and sejmiks. He was interested in iron manufactures, he bought several villages with forges in the Kielce region, he also hoped to look at Sobienie, located near the capital. It probably happened suddenly, in the beginning of in the 80s of the 18th century. He chose the new village by the hill on the Vistula River, he located a small town called Jeziory, mentioned for the first time in documents in 1782. In that same year he also bought the first forging machine in Maleniec near Opoczno. He brought settlers from Silesia and Saxony to the new village, hence to this day many of their descendants bear German-sounding surnames. The Lake District, the castellan, built the great forges, or the first “blackbird factory in Sobienia” in Poland. As the Commercial Journal wrote in 1786, “heirs do not keep the factories, but also let go of mayters and buy scythes from them, paying for each of them 27, for 100 kosses he pays PLN 90, if each sold for PLN 1 to PLN 90, he would get 10 zlotys, which is not a small percentage “- quotes Jezierski newspaper, noting that” shortage in our country of the nature of factories (…) many “In addition, he put a hosiery workshop here, in which” over 200 red zlotys from his goats profited, having yarn of them to shake their stocking stockings a lot of beautiful stockings to make. “The factories functioned well and gave substantial profits, all the more because the production did not she could meet the demand. As he wrote himself, 2 million pieces of blackbird were missing from Poland at that time. In addition, Jezierski’s factories produced iron household appliances for the use of local peasants, and of course they provided blacksmith services. At the turn of the 18th and 19th centuries industrial plants, among others 8 fryszerek in Maleniec, a large furnace in Miedzieża and a factory in Sobienie provided steel comparable to Swedish. There were scythes, saws, hatchets, files, irons, coffee grinders, scrapers, hatchets, tin blades that were easy too. The motive for setting up a blackbird factory in Świnków near Miedzieża and “Sobienie near Warsaw” was to prevent the bringing in of sickles and blackbirds from Austria, Prussia and England, and to withdraw money from the country. The number of inhabitants in the castellan villages increased significantly.

The palace was built in the mid-nineteenth century for the Jezierski family and remained in their possession until the end of the Second World War. After the war, he was strongly devastated.

The former Jezierski Palace, brick and classical has neo-Renaissance features. Originally, there was a one-story brick mansion. The current shape, from about the middle of Of the nineteenth century, it was probably created after the separation of property by Franciszek Stanisław Ignacy Jezierski. The last owners were Władysław Jezierski and his wife Zofia Maria from Potocki. Władysław Jezierski died suddenly of heart in Kępa Radwańska. There is a cross in this place. Their son Jerzy in September 1939. he got to England and lives there until today. The palace was guarded by refugees and wounded, secret sets were held. June 15, 1942 On the eve of the wedding of countess Jezierska with the captain, Michał Jaczyński, who found shelter in the Palace, the Gestapo took her to Pawiak and then to Szucha, from where she did not return. The estate was taken over by German management. In 1944. Soviet troops were here for a few months. In the 1950s, it was planned to arrange a residence for Bierut here. Renovation in 1952. The cooperative “Cerata” was located here, then the production and service plant Ledrox. 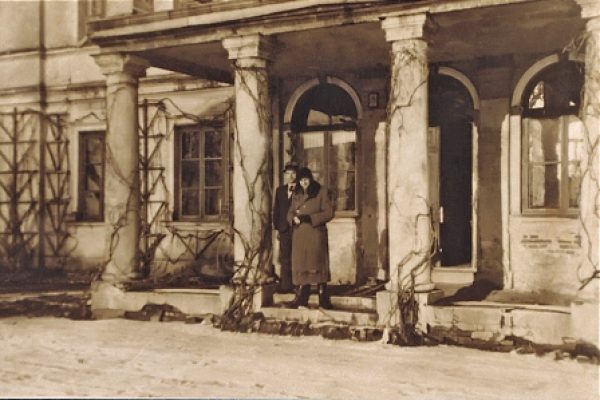 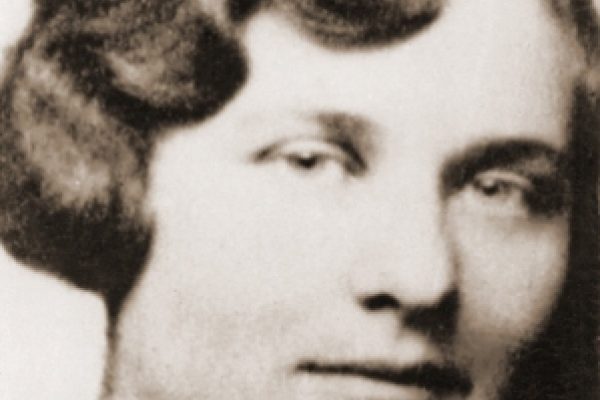 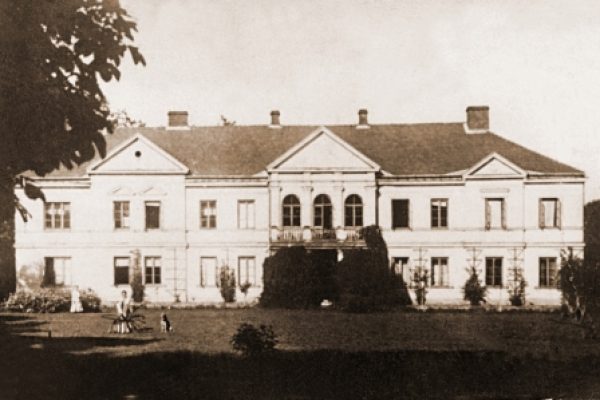 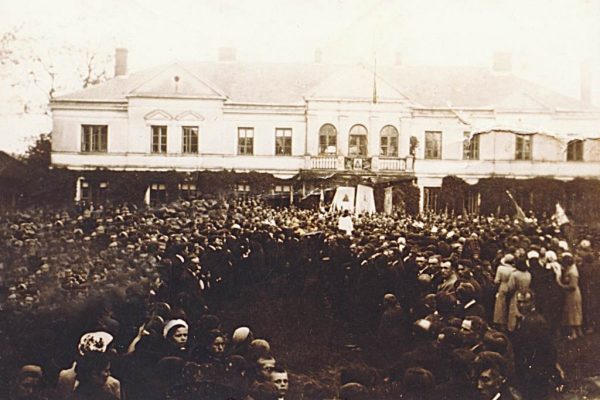 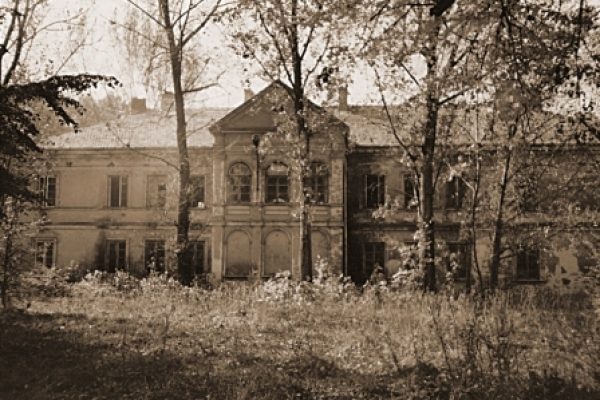 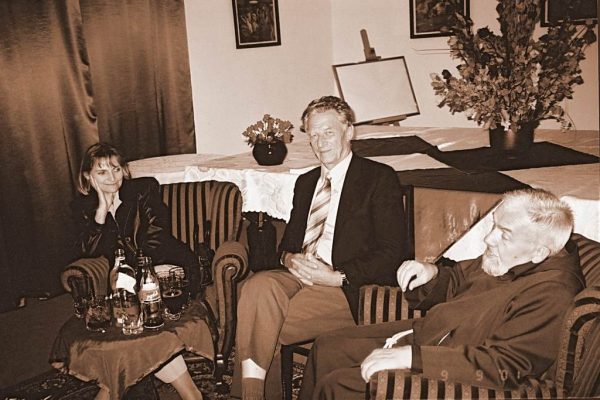 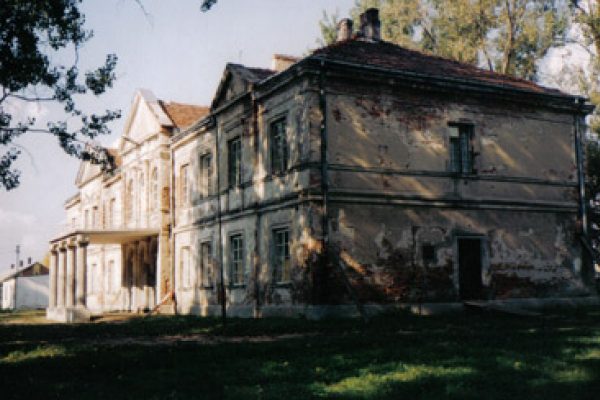